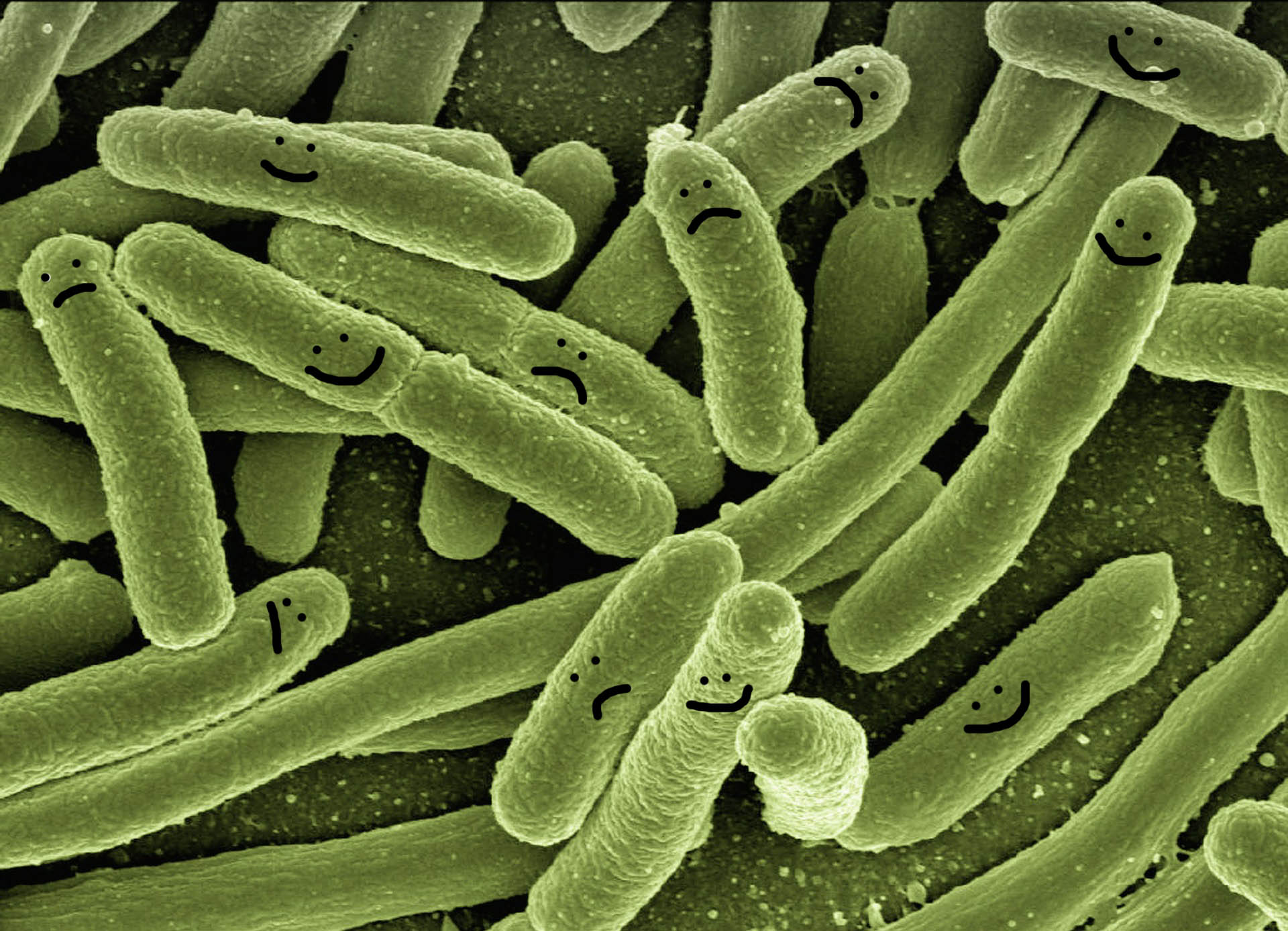 In the past decade, there has been a lot of attention paid to the numbers and types of bacteria that live in our and our pets’ intestines and the compounds that they produce. Collectively termed the “microbiome”, alterations in this complicated system may play a role in a number of chronic diseases such as allergies, immune-associated diseases, and even psychological diseases in humans and animals. Studies have shown that fat versus thin animals, healthy versus sick, and even happy vs anxious animals have different types and amounts of gut bacteria and these differences can influence overall health.

You’ve likely seen stories on television or read about all the potential benefits of taking “good” bacteria supplements – termed “probiotics”. Many of these reports are based on some extremely interesting studies in mice and rats showing lots of potential benefits of supplementation. Unfortunately, when similar trials have been done in people and pets, the findings have nearly always been less exciting, with few of the benefits seen in the rodent studies.

The reasons for the differences between people and pets versus rodents are many – the microbiome is a very complex system.  It has been reported that there are similar or higher numbers of bacteria in the human body that there are our own cells and it is no doubt similar for other animals. While “fixing” the relationships between us and our gut bacteria has a lot of potential for maintaining and even restoring health, we still don’t know enough in most cases to pick the right bacteria in the right amounts.

The best use for probiotic supplements based on our current knowledge is for intestinal disease – diarrhea and other abnormalities, potentially including inflammatory bowel disease. There is not yet evidence that probiotic supplements improve overall wellness in otherwise healthy animals.

Frustratingly, not all products are equally effective, even for something like diarrhea, which has been the most-studied use of probiotics in pets. The available products, both for pets and people, vary in terms of species of bacteria, strains and sub-strains within species, and in the number of bacteria (called CFU, for “colony-forming units” on the label). The studies that have been done in different animal species have clearly shown that results are often very strain-specific. This means that unless you use the *exact product* used in the study at the same dose in the same animal they used it in, you will likely not see similar results.

Further complicating things is the poor quality control of many of the available products.  A study out of a veterinary school in Canada in 2011 found that only 2/15 of the popular pet probiotics tested had labels that matched what was in the package in terms of types and amounts of bacteria. In fact, some of the labels listed bacteria that didn’t even exist! It is unknown whether the results of that study had any effect on the quality control of current products in the years since it was published. Therefore, it is extremely important to work with your veterinarian to select a product that has not only the appropriate species, strain, and numbers of bacteria for the condition, but also that the product has good quality control that is independently tested.

Many “premium” dry pet foods advertise the inclusion of probiotics in their formulations, but there is no evidence that these foods provide a benefit to pets over foods that do not contain them.

A big part of the concern with including probiotics in pet foods is whether the bacteria are still alive when the pet eats the food and whether they stay alive long enough to grow and reproduce in the intestine after being eaten. A study by the same Canadian group referenced above in 2003 showed that none of the 19 dry commercial pet foods that were tested contained live bacteria species that matched what was listed in the ingredient list of the food. (Probiotics can only be included in dry foods because the heat involved in the canning process would kill them). Since 2003, the inclusion of probiotics in pet foods has increased in popularity, but there is no proof that the quality control has also increased. For this reason, if you or your veterinarian feel that your pet would benefit from probiotics, we recommend using a concentrated supplement that has proven quality-control rather than using a food that may or may not include the probiotics it is advertised to include.

While popular for people, there is no evidence that supplementing with human foods such as yogurt or kimchee has any benefits for pets.

Often when the topic of probiotics comes up, pet owners ask us about feeding yogurt to their pet. While some yogurts do have active cultures – meaning the bacteria in them is still alive – the amounts and types of bacteria are limited and they may not be the best kinds for the health issue that is being treated. Moreover, yogurt contains lactose and some dogs and cats do not tolerate lactose well. Thus, adding yogurt to the diet can cause gastrointestinal distress rather than helping it in these pets.

Probiotics have a lot of potential for helping to treat or even prevent disease, but much more information is needed before we can make well-educated recommendations on supplementation, especially for general wellness. Unless your veterinarian specifically recommends a probiotic supplement, it is likely best to wait until we know more before making a probiotic a part of your pet’s daily diet.