Raw cat food associated with outbreak of tuberculosis in cats 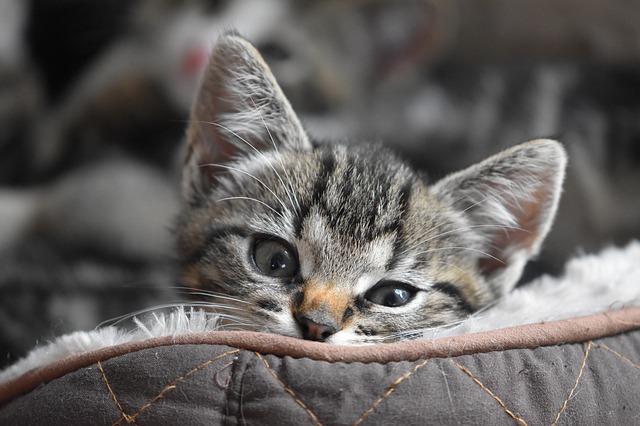 in All About Pet Food, Petfoodology Blog, Trending Topics in Pet Nutrition

We’ve previously written about potential health risks to both pets and people from raw diets. Typically, the focus is on the common bacterial food pathogens Salmonella, E. coli, and Listeria species and these are the bacteria for which pet food manufacturers most commonly screen. However, a recent case series of 13 cats from the United Kingdom published in the Journal of Feline Medicine and Surgery along with an accompanying editorial from the authors, reported a much scarier pathogen – tuberculosis!

There are a couple of species of Mycobacteria that can cause tuberculosis. Many strains are “zoonotic” – they can cause disease in multiple animal species and be transferred back and forth between animals and humans. The classic type of tuberculosis in people is caused by Mycobacterium tuberculosis. This bacterium mainly infects primates and people but can infect dogs. Another common species is M. bovis, which is commonly seen in cattle, elk, deer, and bison but can also be transmitted to and cause disease in humans, cats, and a wide range of other animals.

Most people are likely familiar with how serious tuberculosis can be – it remains a leading infectious cause of death and illness worldwide with 1.6 million people dying from tuberculosis in 2017 alone. While it is less common in the developed world, it was a major cause of death in the US a century ago, often being called “consumption” because infected people seemed to be consumed from within by the disease. It caused the deaths of such notable historic figures as Edgar Allan Poe, Emily Bronte, Eleanor Roosevelt, and George Orwell.

Tuberculosis can be transmitted by contact with infected animals or people, or by eating raw milk or meat. Pasteurization of milk and cooking of meat kills these bacteria. If caught early enough, tuberculosis can be treated with antibiotics, but antibiotic-resistant strains are becoming more common. M. bovis had been previously reported in cats in the UK, but typically it produced skin lesions in older cats that had access to the outdoors and were known to hunt and eat wildlife.

In the initial case series, 6 young indoor-only cats from 5 different households presented with systemic illness including fever, decreased appetite, cough, lethargy, increased respiratory rate, weight loss, and enlarged lymph nodes. Extensive diagnostics determined that all 6 cats were infected with M. bovis. Five of the six cats died or were euthanized due to the severity of their disease. In addition to these 6 cats, 7 seemingly healthy housemates of the sick cats also tested positive for the bacteria.

As these cats were unusual presentations of the disease and did not have exposure to wildlife or cattle, a thorough investigation was instituted. The only real commonality between the cats was that all of the M. bovis positive cats had been fed the same raw venison-based commercial pet food. The food was subsequently recalled and eventually discontinued by the manufacturer, but new cat cases were still being reported at the time of submission of this case series to the journal.

In an accompanying editorial published in the journal along with the initial case series, the authors report 45 clinical cases and 73 infected but clinical normal cats, including the initial 13.  No human cases have been reported, but this disease can definitely be spread to people from infected cats and that was part of the rationale for euthanasia of at least one of the initially infected cats.

As more cases are investigated, we’ll no doubt learn more, but these cats are yet another example of some of the real-life risks posed by feeding raw animal products to pets. These diets can and do harm both pets and their human families.