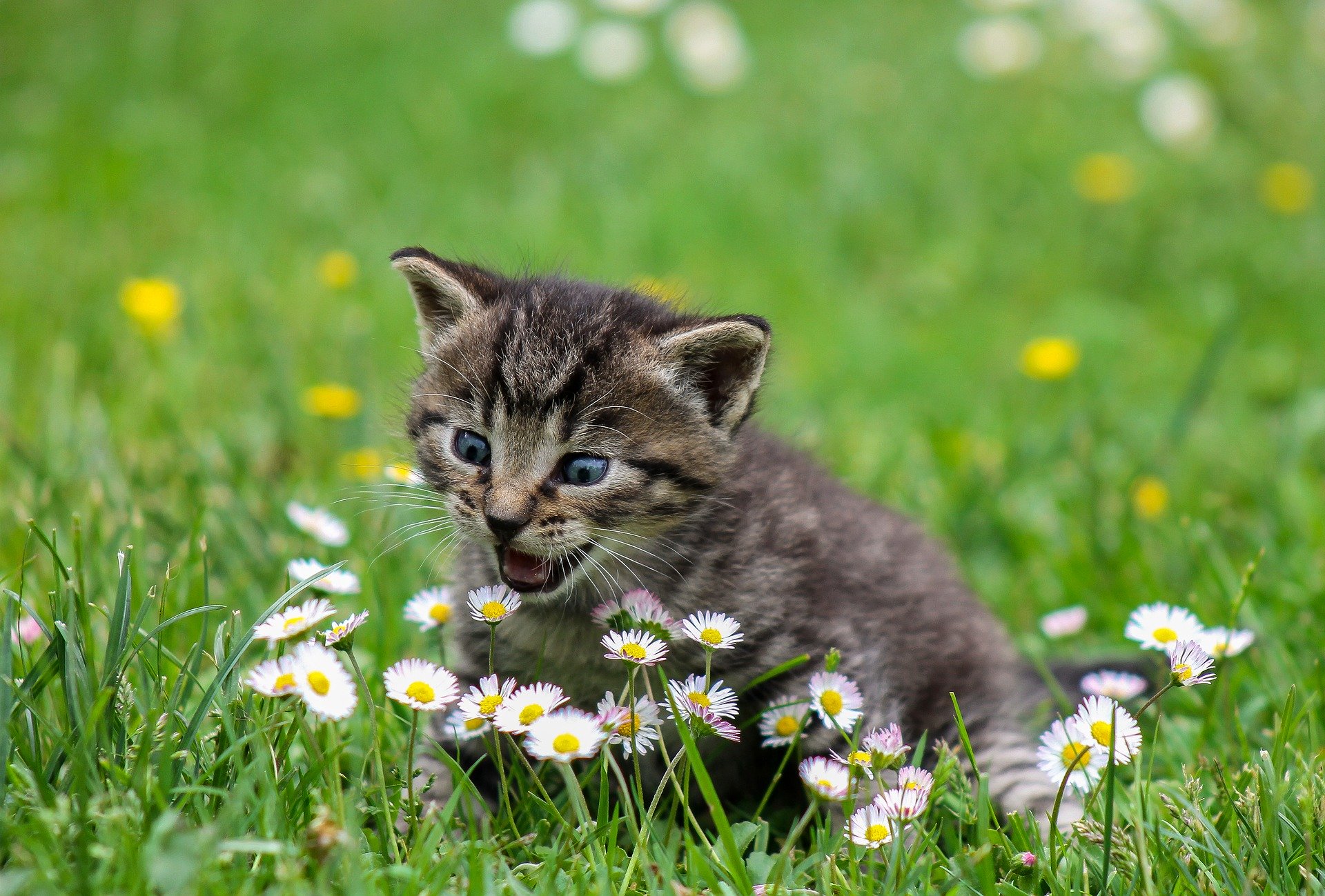 in Finding the Best Food for Your Pet, General, Petfoodology Blog, Trending Topics in Pet Nutrition

What our pets eat has an important impact on their overall health, but it’s not just what they’re eating now.  What our pets ate as puppies and kittens – and even what their mother ate – may increase or decrease their risk of diseases later in life.

Studies in people have shown that what a mother ate during pregnancy and a person’s early nutrition and growth can either increase or decrease their risk of developing diseases later in life, including diabetes, obesity, cancer, high blood pressure, heart disease, and gastrointestinal disease.  I have been interested in this concept for many years because of its potential role in the development of heart disease in cats.  However, no research has been published on how early diet can affect gastrointestinal disease in cats, so a new study was of great interest.

The Bristol Cats Study is a long-term study of cats in the United Kingdom that began in 2010.  This is a large and powerful study that will provide important information on why certain conditions develop and help to improve the health and welfare of cats. A very interesting paper from this study was recently published by Dr. Kathrani and her colleagues.1  They used information from the Bristol Cats Study to investigate whether cats’ early diet can affect gastrointestinal disease later in life.

The authors compared information collected from the owners of more than 1200 cats when the cats were kittens (between 2 and 4 months old) and compared that to how often the cats went to a veterinarian for gastrointestinal symptoms (vomiting or diarrhea) when they were between 6 and 30 months old.  The factors between 2 and 4 months of age that they looked at were the cats’ main diet, supplementary foods (raw fresh foods, cooked fresh foods and cow’s milk or cream), whether the cats had vomiting or diarrhea, and the presence of worms. The diets were classified as to whether or not they met the World Small Animal Veterinary Association (WSAVA) recommendations.  We’ve talked about the WSAVA recommendations on Petfoodology before.  These are the important questions you should be asking about your pets’ food to ensure it is made with excellent nutritional expertise and the highest standards of quality control.

The authors found that kittens with gastrointestinal symptoms were more likely to be taken to the veterinarian for gastrointestinal symptoms at least 2 times later in life.  This suggests that vomiting and diarrhea in kittens should be thoroughly investigated to determine the cause and appropriate treatment to reduce the risk of their symptoms continuing long-term. The presence of worms and the cats’ supplementary foods were not associated with later gastrointestinal visits (although the number of cats eating large amounts of supplementary foods which are likely to unbalance the diet was surprising – but that’s a story for another day).

Even more interesting, however, was their finding that cats eating diets that did not meet WSAVA recommendations were more likely to be taken to the veterinarian for gastrointestinal symptoms later in life! The authors speculate that possible reasons for this association with diet could be differences in the gastrointestinal system’s bacteria (the microbiota) or immune function due to different ingredients, nutritional profile, or quality control in diets.  The association could also be due to other factors such as time of weaning, antibiotic use, different levels of veterinary care, or even what the mother ate, which were not evaluated.  It’s also important to remember that the association between diets that did not meet WSAVA recommendations and higher risk of gastrointestinal visits is just that – an association – and it does not prove that these diets caused gastrointestinal disease.  But these associations are quite interesting and deserve more research.  It also is another reason why asking these questions about your pets’ food is so important.  You can also use the Pet Nutrition Alliance’s Dare to Ask resource to help with answers to some of the WSAVA recommendations.

This study was an important first step in understanding the role of early diet on gastrointestinal disease.  Hopefully, there will be continued work using ongoing information from the Bristol Cats Study, as well as other research on this important area.  Being able to reduce the risk of gastrointestinal disease in cats would have a huge benefit on the health and welfare of our feline friends.

*A special thanks to Dr. Kathrani for answering my many questions about her very interesting study!

You can learn more about the Bristol Cats Study on their website:  http://www.bristol.ac.uk/vet-school/research/projects/cats/

Dr. Freeman is a veterinary nutritionist and a professor at Cummings School of Veterinary Medicine at Tufts University. She is on the cutting-edge of science, with hundreds of articles in prestigious journals, speaking engagements at national and international conferences, and awards for her scientific achievements. However, she also is passionate about providing objective and accurate information on pet nutrition to veterinarians, pet owners, and other animal enthusiasts.

Test your Nutrition Know-How for Cats with Kidney Disease

Can My Pet Have Sweets?