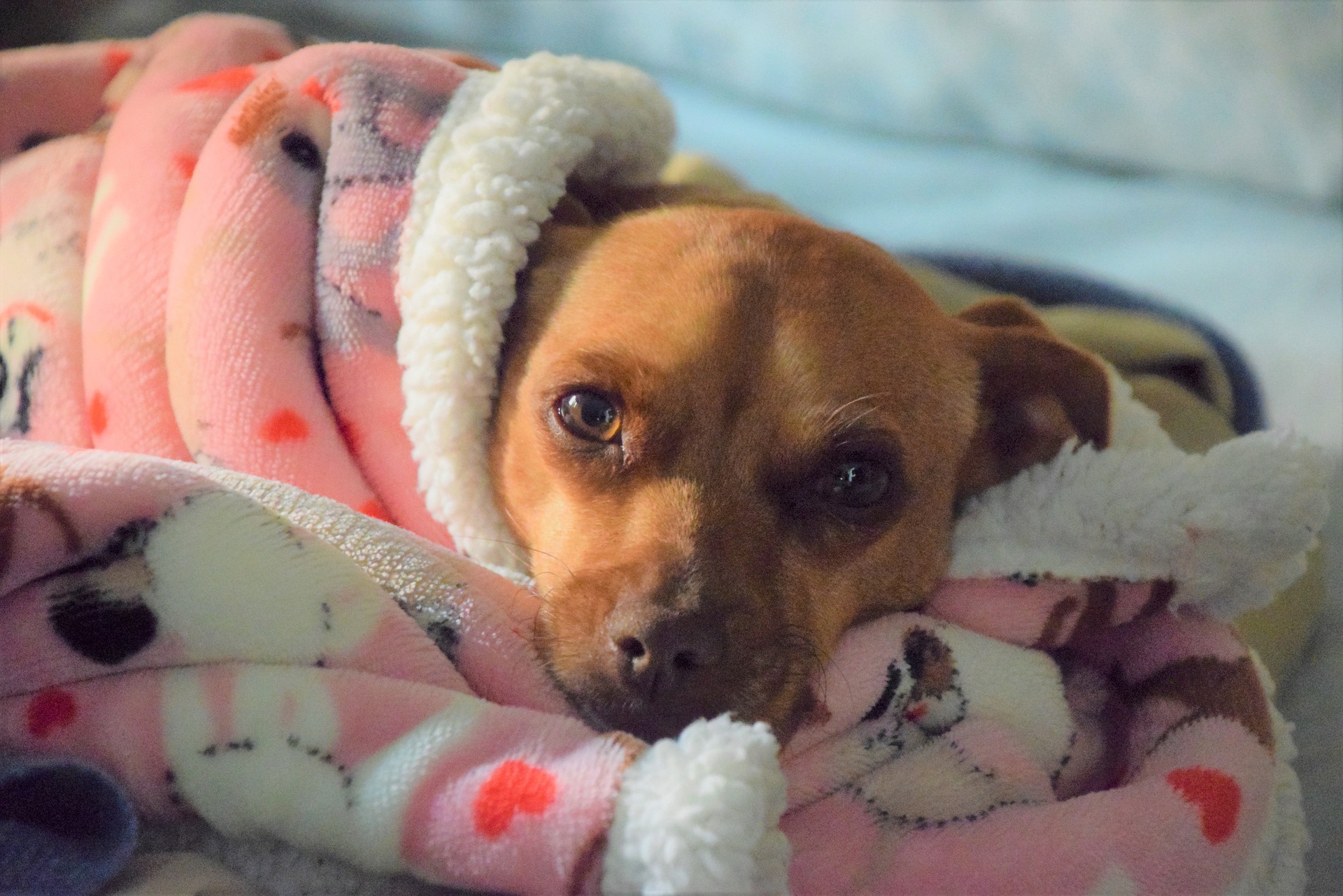 Pancreatitis, or inflammation of the pancreas, is a common health issue in both dogs and cats. It occurs when digestive enzymes that are stored in the pancreas get activated prematurely (typically they aren’t active until they are released into the intestine) and start to “digest” the pancreas itself. These enzymes can cause mild to severe damage to the pancreas.

There are many potential causes of pancreatitis. In dogs, it is associated with high levels of fat in the blood, especially triglycerides, which is more common in certain breeds such as miniature schnauzers. It can also be associated with “dietary indiscretion” – a dog getting into garbage or stealing food off the counters, especially high-fat foods for a dog that is not used to eating a high-fat diet. In cats, who are less likely to get into “forbidden” foods and typically less fat-sensitive, pancreatitis is more commonly associated with inflammation in the liver and also the intestines, but can also be seen by itself. In both dogs and cats, a clear cause is often not determined.

Pets with pancreatitis can be quite ill. Severe vomiting and abdominal pain are frequent signs in dogs with acute pancreatitis but more chronic cases can result in a less dramatic signs such as reduced appetite or lethargy. Cats are more likely to present with chronic pancreatitis and their signs tend to be lethargy and refusing to eat as well as weight loss and less commonly vomiting or diarrhea.  Pancreatitis is typically separated from other causes of vomiting, abdominal pain, lethargy and reduced appetite by specific blood tests or abdominal ultrasound. Unfortunately, in most cases there is no specific treatment. Fluids, pain meds, and medications to reduce nausea and vomiting are used to keep the pet more comfortable while the pancreas heals.

Especially for dogs, diet may be a risk factor for the development of pancreatitis and is frequently considered as part of the treatment. Some dogs do not do well on high-fat diets and may develop gastrointestinal signs, increased fat levels in the blood, and/or pancreatitis. To prevent future episodes in these dogs, a lower fat diet and monitoring of blood work will typically be recommended. Some dogs may need special therapeutic low-fat diets because normal diets that you buy at pet food or grocery stores may be too high in fat. A small number of dogs will need home-cooked diets that have the lowest possible fat to reduce pancreatitis risk, but this is uncommon. Fish oil may have benefits for reducing blood fat levels and pancreatitis risk in dogs where this is a consistent concern. Drugs used in people for high blood fats (triglycerides and cholesterol) may also be used in dogs with similar health concerns.

If a dog has normal levels of fat in their blood, but develops pancreatitis after dietary indiscretion, a low-fat diet (probably a therapeutic low-fat diet) will usually be used during the initial recovery period. They may be able to transition back to their normal diet when they are completely recovered. However, if bouts of pancreatitis happen recurrently, additional diagnostics and a long-term low-fat diet are usually appropriate.

Being overweight may also be a risk factor for the development of pancreatitis in dogs. Weight loss may reduce risk and conveniently, most diets with nutrient and calorie amounts appropriate for weight loss are also lower in fat.

MYTH: Some websites claim that the fat in pork increases the risk of pancreatitis in dogs. There is NO EVIDENCE to support this assertion, however, and any association is likely because dogs tend to get into the higher fat pork cuts that are left over after a meal or thrown away.

The relationship between diet and pancreatitis in cats is less well-defined. The biggest issue in cats with pancreatitis tends to be getting them to eat enough calories in the first place. There is no experimental and minimal clinical evidence that a low-fat diet has benefits for cats and low-fat diets are going to be lower in calories, which can make it hard to get enough into a sick cat to prevent weight loss. Cats with pancreatitis may require long- or short-term nutritional support with appetite stimulants or even a feeding tube.

Cats that have intestinal inflammation (inflammatory bowel disease) along with their pancreatitis may benefit from dietary changes such as increased digestibility, limited or novel ingredients, or alterations in fiber and other ingredients designed to reduce inflammation and/or nourish the gut bacteria.

Being overweight is also a potential risk factor for pancreatitis in cats and overweight cats should be put on a weight loss plan to reduce the risk of future episodes.